I have previously written on the Nature of Time here.

Have you ever asked someone “what is time”? It turns out to be quite challenging to give a precise definition. The dictionary gives: “the indefinite continued progress of existence and events in the past, present, and future regarded as a whole”: less than satisfying. In this piece, we’ll take a look at the mysterious nature of time.

Let’s explore the manner in which time is linear.

Clearly time is unilateral in some sense because Entropy always increases. Time is coupled to Universal Entropy: both increase unilaterally. Systems have 2 types of Entropy: Universal and Mechanical. The Universal Entropy is understood as the generic tendency for matter to diffuse. (What we experience as) time works like this too, it always diffuses (into the future) and never redraws (into the past). Mechanical Entropy refers to diffusion caused by the movement and geometry of a system. Entropy increases locally in systems and universally simultaneously. Mechanical time also exists, and refers to time intervals over which particular measurements occur. This time is subject to constraint of special relativity (since the speed of light is constant, temporal measurements on systems with near-light velocity are dilated)

Mechanical time is also subject to the constraint of the Heisenberg Uncertainty Principle. The HUP demonstrates that energy & time are canonically conjugate.

So we must contend with the apparent paradox that time is unilateral in some sense and also cyclic in another sense. This is not a contradiction, it simply alludes to the mystery of time. The near-paradox is that we can all agree that we experience time but that most of us would struggle if asked to give a precise definition of time.

Let’s examine the manner in which time is cyclic.

Here is an even more subtle manner in which time is cyclic. Civilisation has an ideal form, which is said to have existed in the distant past: a type of “Golden Age”. Following the Golden Age, there was be inevitable decay (by Entropy). Religious teachings were muddied, metaphors were taken literally and facts were interpreted as metaphors. Subsequent to this degeneration, civilisational reforms were performed [by sages]. The reforming sage, who possesses perfected knowledge, takes birth and restores teachings to their proper meaning. In so doing, the civilisation will be elevated to its ancient standard of purity.

History is thus understood as cycling between decayed and ideal states. 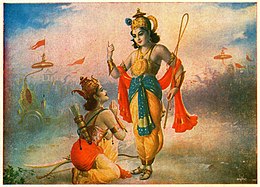 “To protect the righteous, to annihilate the wicked, and to reestablish the principles of Dharma I appear on this earth, age after age.”
– Bhagavad Gita, Chapter 4, V.8

“Those who understand the divine nature of my birth and activities, O Arjun, upon leaving the body, do not have to take birth again, but come to my eternal abode” – Bhagavad Gita, Chapter 4, V.9

Chapter 4, Verse 8 refers to the periodic appearance of the divine personality to restore the principles of righteous governance (Dharma). Verse 9 refers to the liberated state of mind obtained by the acharya (student) who has freed themselves from falsely identifying their soul’s essence with all temporal cycling. Such an entity understands fully the cycle of life and thus are free to choose when (and if) they take birth.

There is a very important parse metric which subdivides a substance into 10 equally sized portions. The first portion contains 4/10ths, the second contains 3/10ths, the third contains 2/10ths and the final contains 1/10th.

Once you reach the final 10%, the subdivision process begins again. The purpose of this technique is to subdivide a particular entity in a convergent manner.

If we parse the total time on Earth using this algorithm, we obtain a useful subdivision of the various occurrences in our evolutionary history.

It is very interesting how closely these dates line up with major events in the historical record. This parsing cannon shows the importance of techniques of temporal compression. While Earth has existed for 4.3 Billion years, it is relevant to examine a greater proportion of more recent time intervals because there has been a latter-day acceleration in evolution.